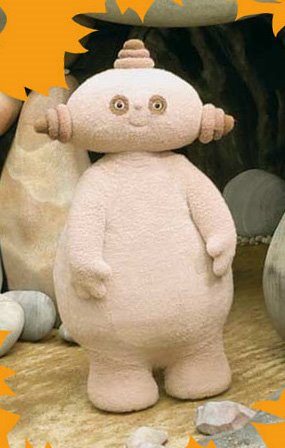 LATELY I’ve been channelling Makka Pakka, minus the energy and enthusiasm. Mostly it’s just the bum, because I am currently eight months pregnant, and counting, with our second.

Worries about how Sidney will take to a new baby in the house (not to mention how we’ll tackle two of the blighters) have been supplemented by concerns that a second may also suffer from food allergies. And wouldn’t it be a f***** if they were entirely different to Sid’s? Just as we have built up a pretty good repertoire of food he can eat, to find a second tot can’t do dairy… it’s best not to dwell.

According to Sid’s allergist, the likelihood of a second child also being food allergic isn’t as high as you might think – if I recall rightly, it’s around eight per cent. Eczema in early infancy would be a suggestive sign, so if the baby does develop the same scratchy skin as Sid we’ll be straight to “Dr Bob” to get it checked out.

But I do have a small trick up my sleeve, that our doc has advised is as good a tactic as any in trying to stave off allergy in number two: probiotics.

So far there have been 16 trials that have looked into the efficacy of taking probiotics in preventing atopic disease (of which eczema and food allergy are part) and the suggestion is that there may be something in it. The first, by researchers at Finland’s University of Turku back in 2001, showed probiotics administered to the mother before delivery and during breastfeeding conferred “protection from atopic eczema for the infant” and had a positive impact on the “early immunologic mechanisms involved in the development of atopy and atopic disease”. If nothing else, the study concluded, “administration of probiotics to the mother during pregnancy and breastfeeding appears to be a safe and effective mode of enhancing the immunoprotective potential of breast milk and preventing atopic eczema in the infant”.

A comment paper penned by our own consultant, Dr Robert Boyle of St Mary’s Department of Paediatrics, notes that that first study was met with “a mixture of excitement and scepticism”. But he adds: “There is a persistent signal from randomised controlled trials suggesting that probiotics may be effective for eczema prevention, at least in infants at high risk of developing allergic disease”.

The notion that probiotics might help fits in with the so-called ‘microbiota version’ of the hygiene hypothesis. In layman’s terms, that is that developing infants aren’t exposed to enough microbes these days in countries where there are high levels of hygiene. This low diversity of microbes in the gut is strongly linked with allergy and asthma. Supplementing with ‘good bacteria’, then, is a promising tactic and could, eventually – pending further scientific trials – prove a successful public health intervention in the attempt to prevent childhood food allergy.

A Yakult a day won’t do the trick, of course – the recommended strain is something called Lactobacillus rhamnosus GG, and typically it’s not that easy to get hold of.

I finally started taking the capsules yesterday but, lordy, it’s been hard tracking them down. The recommended brand is Culturelle. But the tablets, made in the US, aren’t commonly sold in the UK and it’s taken me six weeks, three failed attempts via Amazon and a convulted delivery route via the States to get them to my door. Plus nearly 80 quid.

There are several different types of Culturelle supplement but the key one is labelled ‘Health & Wellness’, as the others contain something called inulin, or chicory root, whose effects in pregnancy aren’t considered safe.

Three buggering times I ordered via Amazon from companies advertising the ‘Health & Wellness’ capsules – and each time the wrong ones turned up. The only other option offered delivery in “7 to 23 days” and with time ticking (I’m at 36 weeks now and was advised to start taking them at 35 weeks pregnant) it turned into a big old stress.

In the end, I contacted Culturelle directly but they could only point me in the direction of the American website drugstore.com, which doesn’t actually deliver to Europe. Instead they approve a company called myus.com, which you join for around $10 (£6). They set up a US postal address in your name, receive delivery of any items you order from within the States and then charge for quick delivery to you directly. A faff, and not cheap (add on £26 for 90 capsules, £10 for customs to release the shipment at Heathrow and £35 for delivery) but yesterday the boxes arrived, just one week after ordering, and I’ve started taking them – one a day for the forseeable. 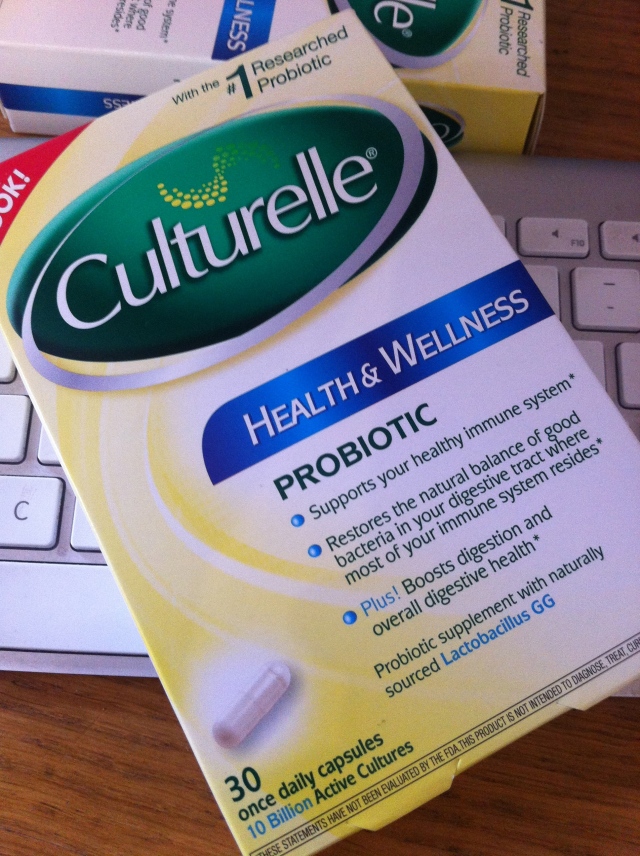